We provide legal support in the following areas 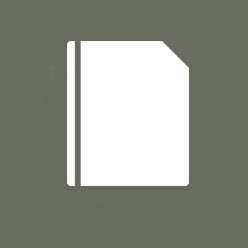 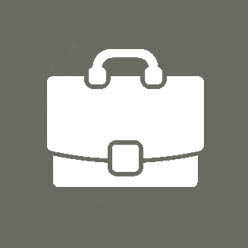 DO YOU PROVIDE SERVICES FOR TRAFFIC TICKETS OR COURT CASES?

WHAT ARE YOU AREAS OF SPECIALTY?

We do not handle real estate closings or prepare deeds. We also do not do medicare/medicaid planning and do not file social security disability claims. However we can refer you to other attorneys who practice in these areas.

board governance, wills and trusts, health care law, strategic planning and management, power of attorney, non-profit corporations along with business and corporate law.

WHAT IS YOUR BUSINESS PHILOSOPHY?

Sharon works to understand her clients' interests and needs and strives to find creative and cost effective ways to solve problems and conflicts. She draws upon more than 27 years of experience with contracts, health policy and planning, medical malpractice defense, criminal and capital litigation and alternative dispute resolution processes to assist her clients. She is also certified as a Civil Superior Court Mediator. She concentrates her practice now in the areas of Business Law, Estate Planning [especially wills, trusts, and health care planning], Estate Administration, Health Care Law and Non-Profit Corporations where she often utilizes her professional and family experiences with health care in health care planning for clients.

HAVE YOU RECEIVED ANY AWARDS OR PROFESSIONAL ACCOLADES?

In 2015, Sharon was recognized by the North Carolina Bar Association (NCBA) as a Citizen Lawyer for her service to her community, especially with her work with the McDowell County Health Coalition and the McDowell Endowment, an affiliate of the Community Foundation of Western North Carolina.

Long active in serving her community, Sharon received the 2012 McDowell County Duke Energy Citizenship and Service Award for her work supporting and finding resources for non-profits and service agencies serving McDowell County. In November of 2010, she was recognized with the Governors' Medallion for Volunteer Service in her daughter's school and with the McDowell Endowment.

Sharon was also recognized by Martindale-Hubbell with the AV Preeminent® rating, their highest rating in both legal ability and ethical standards. You can see the recognition here.

ARE YOU ACTIVE IN THE COMMUNITY?

Sharon works to bring resources to McDowell County and to improve the health of our community. Sharon has served as Chairperson of the McDowell Endowment, an affiliate of the Community Foundation of Western North Carolina, since 2000 and was Chairperson from 2007 to 2011. Sharon helps nonprofit boards to work effectively. She currently serves on the Board of Directors of the McDowell County Health Coalition, where she is serves as Secretary and CareNet Counseling of Marion.  She is a member of the Rotary Club of Marion, the Carson House Society, YMCA, the McDowell Chamber of Commerce, and the Marion Downtown Business Association.

Call Today To Set Up An Appointment

Some of the links on this website will connect to websites that are maintained by organizations over whom we have no control. As a result, Sharon L Parker, P.A. makes no representation concerning any of the content or accuracy of any information contained on other websites that are linked to this website, and we expressly disclaim any liability for such information.

Scroll back to top